Blockchain: what are the legal implications and how does law keep up?

Blockchain and related distributed ledger technologies have been a hot topic recently, with multiple industries exploring its various applications.  With new blockchain use cases emerging almost every day, it is changing the nature of doing business and helping companies reimagine how they manage tangible and digital assets. But, what are the legal implications and how does the law keep up?

In short, blockchain is a distributed ledger technology that records and shares every transaction that occurs in the network of users. While any conventional database can store this sort of information, blockchain is unique in that it’s totally decentralized. Rather than being maintained in one location, by a centralized administrator—think of an Excel spreadsheet or a bank database—many identical copies of a blockchain database are held on multiple computers spread out across a network.

The digital ledger is often described as a “chain” that’s made up of individual “blocks” of data. As fresh data is periodically added to the network, a new “block” is created and attached to the “chain.” This involves all nodes, which are the computers that run the blockchain’s software to validate and store the complete history of transactions on the network, updating their version of the blockchain ledger to be identical. Because each block is connected, the timing, order and content of the transactions cannot be altered, and blocks cannot be replaced unless all the nodes agree with the proposed change. Therefore, once stored on the blockchain, the data cannot be manipulated or changed – it is immutable.

This distributed ledger technology creates a secure, time-stamped, and immutable chain of information, which can evidence ownership and transfers of digital currencies and Non-Fungible Tokens (NFTs). It also provides the platform for smart contract use and execution. However, these are only some of the ways the blockchain is utilized. Other evolving applications can include online voting, medical records, insurance policies, property and real estate records, copyrights and licenses and supply chain tracking. They can also include smart contracts, where payouts between the contracted parties are embedded in the blockchain and automatically execute when contractual conditions have been met.

As blockchain and digital currencies application and use continues to grow, laws and regulations at the federal and state levels have been introduced  to regulate blockchain technology and bolster its security and structure. In 2021, 33 states had pending legislation in the legislation session. Before that, states like Delaware, Georgia, Tennessee, Wyoming and Illinois adopted laws recognizing legal authority to use blockchain technology for electronic transactions (i.e. smart contracts). For example:

Moreover, various governmental agencies and intellectual property registries such as the European Union Intellectual Property Office (EUIPO) are actively researching the capabilities of blockchain; the EU Commission has plans for a blockchain observatory; and the US Congress recently created a Congressional Blockchain Caucus. Global standards for self-executing contracts are also actively discussed by various organizations.

It therefore appears to be only a question of time before the law codifies and regulates the various applications of the technology – as well as the corollary matters that naturally flow from its use – such as questions of governing law and jurisdiction, enforceability of smart contracts, data security and privacy concerns, and reliable rules and definitions for smart contracts.  It is evident that both state and federal lawmakers and regulators acknowledge the power of blockchain technology, and many have positioned for how it should be regulated and by whom. It will certainly be interesting to see how this plays out in the various jurisdictions and the courts.

ONTIER (https://www.ontier.net/en/), a global law firm with offices in 13 countries around the world, advices companies, developers and high net worth individuals with investments in bitcoin and digital assets.. At ONTIER (https://www.ontier.digital)we are innovators and law changers in the Bitcoin, blockchain and cryptocurrency space, consistently at the forefront of legal developments in the fight against cybercrime and fraud. 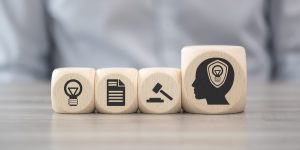 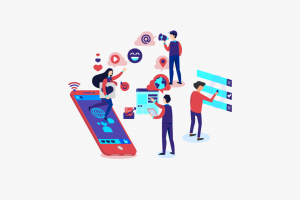 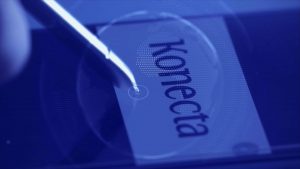