THE COMPANY CECOP AND GLOBAL CEO AT SANITAS RECEIVED THE PONCE DE LEON AWARDS DURING THE SPAIN-US CHAMBER OF COMMERCE ANNIVERSARY GALA IN MIAMI.

The company CECOP and Sergio Martinez, global CEO at Sanitas, received last Friday in Miami the Ponce de Leon Awards, for the “Company of the Year” and the “Executive of the Year”, respectively.

These awards granted by the Spain-United States Chamber of Commerce in Florida, , were presented during a gala at a hotel in Miami, where there was also a special mention to the Xacobeo and the Camino de Santiago, as the initiative of the year.

Along with members of South Florida’s important Spanish community, the Consul General in Florida, Jaime Lacadena, as well as the Chairman of the Board of Directors of the Chamber, Javier Estades, also President and CEO of Tabacalera USA, were present, among other officials at this traditional event in Miami 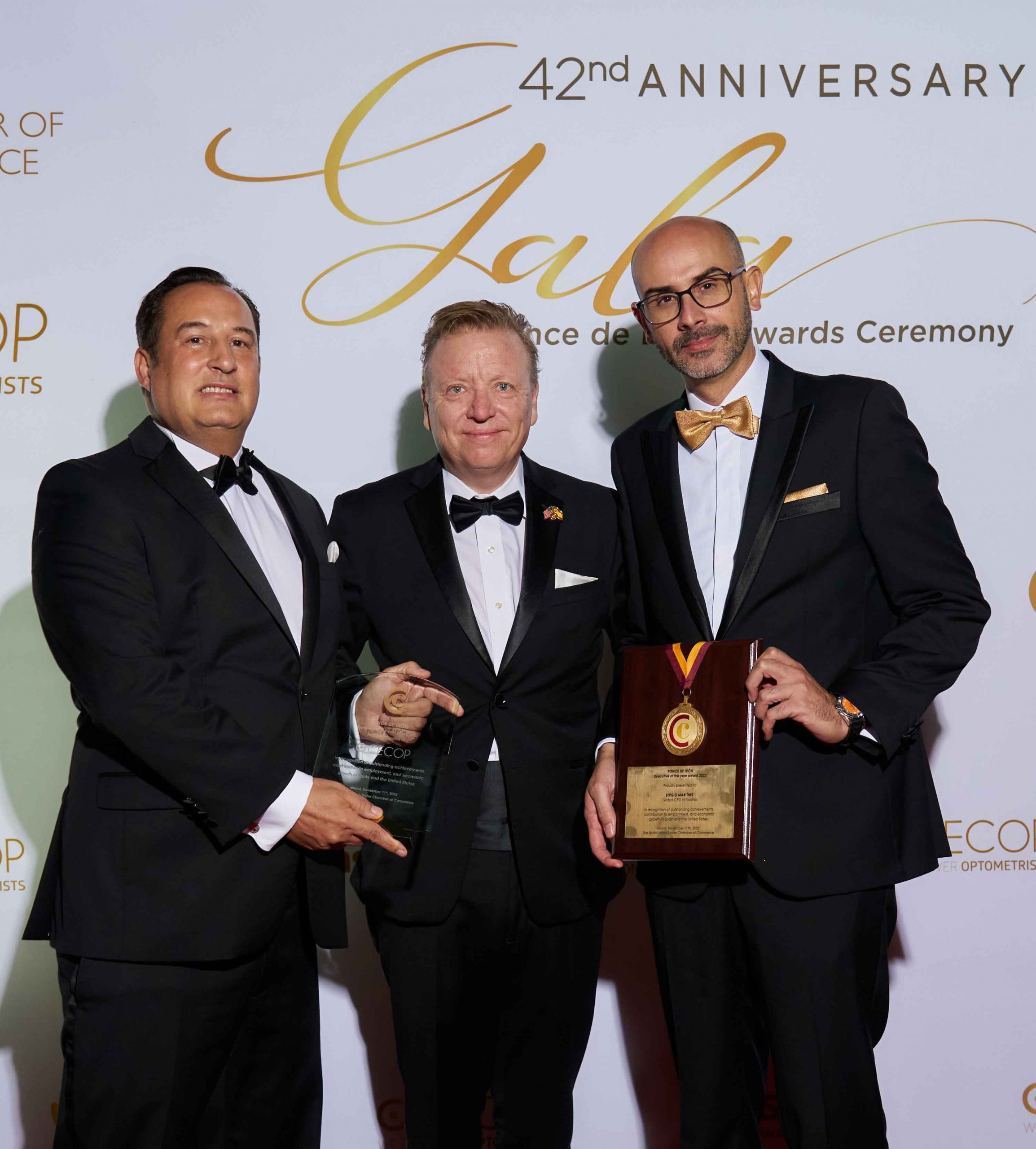 The Spain-United States Chamber of Commerce in Florida turned 42 in 2022 and celebrated at the Biltmore Hotel in Coral Gables, an icon of late-night Spanish architecture from the 20s.

“These awards represent the recognition of the Chamber to companies and executives for their firm commitment to the US market,” said Estades Saez.

Jorge Rubio, founder of CECOP, who couldn´t attend in person, thanked through a video, the great welcome that they felt in the United States. Ignacio Macias, Chariman of the board at CECOP USA, received the award on behalf of the company: “I am accepting this award on behalf of our great team, ——a truly diverse and talented team that embraces our company values .I appreciate and value – each and every one of you. And I want you to know – that we are just getting started – THE BEST IS YET TO COME!” 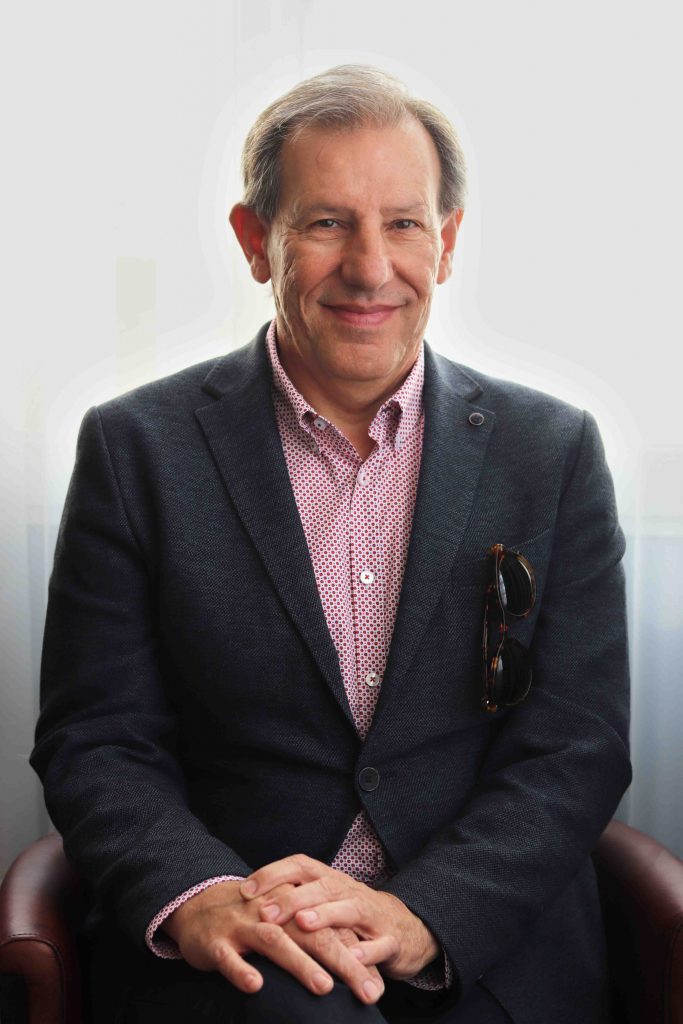 CECOP entered the US market in the early 2020, through several local partners. After the acquisitions of the NY based company the Combine Buying group in March 2020 and the Alliance Buying Group (ABG) in 2021, the group consolidated its growth in a highly competitive market.

During his speech, Ignacio Macías highlighted that, “The market is highly competitive, —-and the secret of our success is clearly due to the dedication and passion of our strategic partners — the optical manufacturers. Our growth has only been possible due to the trust of the main players in the industry — –who are here with us tonight. A Big Thanks to Essilor Luxottica, VSP, Kering, Cooper Vision, ABB and the rest of the 150 partners we have in the US market.”

Sergio Martinez, Global CEO at Sanitas, received the Executive of the Year Ponce de Leon Award, and during his speech stated that “this is a recognition to leadership, commitment, and caring for others; but it is not about me it’s about all the people who have contributed to building this path.

People who I want to honor tonight: My team at KERALTY-SANITAS, all the executives, leaders, clinical and non-clinical staff, and healthcare providers. But also partners, suppliers, financial institutions, and almost 10 million individuals who rely on us to take care of their most important assets: their personal and family health and wellbeing”

Sanitas has achieved a 30% average growth per year from 2012 to 2022 and moved towards a culture in which they identify themselves as members of a cellular system rather than a hierarchy, fostering values such as compassion, respect, solidarity, and justice.

Getting here requires effort, discipline, and perseverance, skills that Sergio has always shown. Not in vain, at only 28 years old, he was already the general director of an infrastructure company where he designed, built, and maintained healthcare facilities, being his first contact with healthcare industry. Today, he is among the 500 Most Influential People in Latin America thanks to his positive impact in the health sector, generating employment opportunities, his input in local economies, and supporting relevant initiatives, according to Bloomberg. 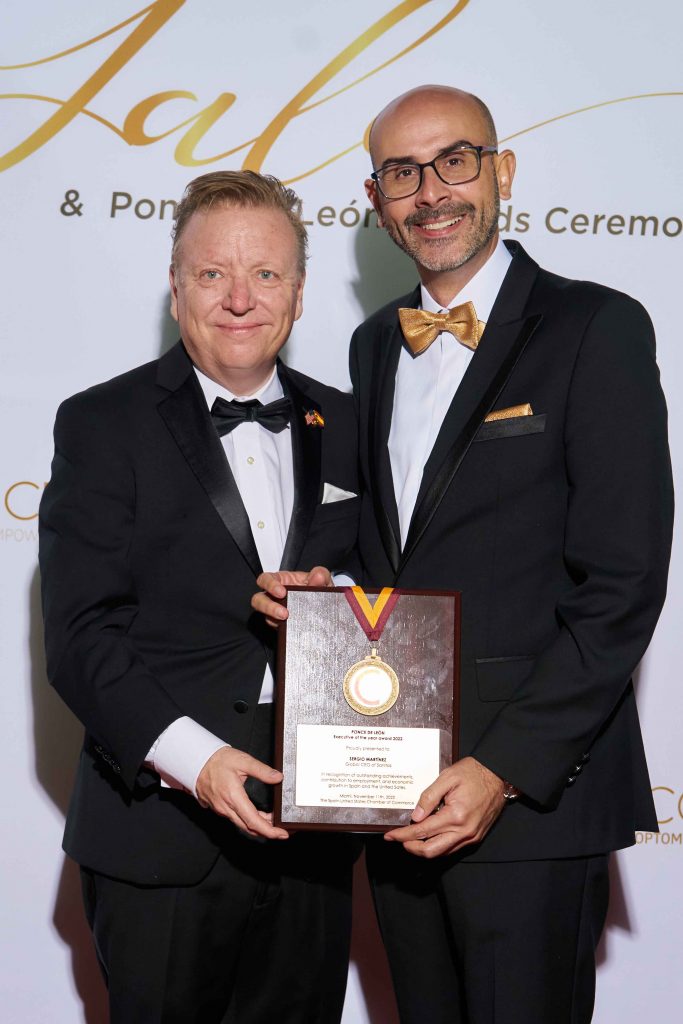 Caring for people’s health and well-being is his main driver and caring for the environment is his life goal. Before joining Sanitas, he was CEO and business partner in Sunco – a company that develops renewable energy projects. 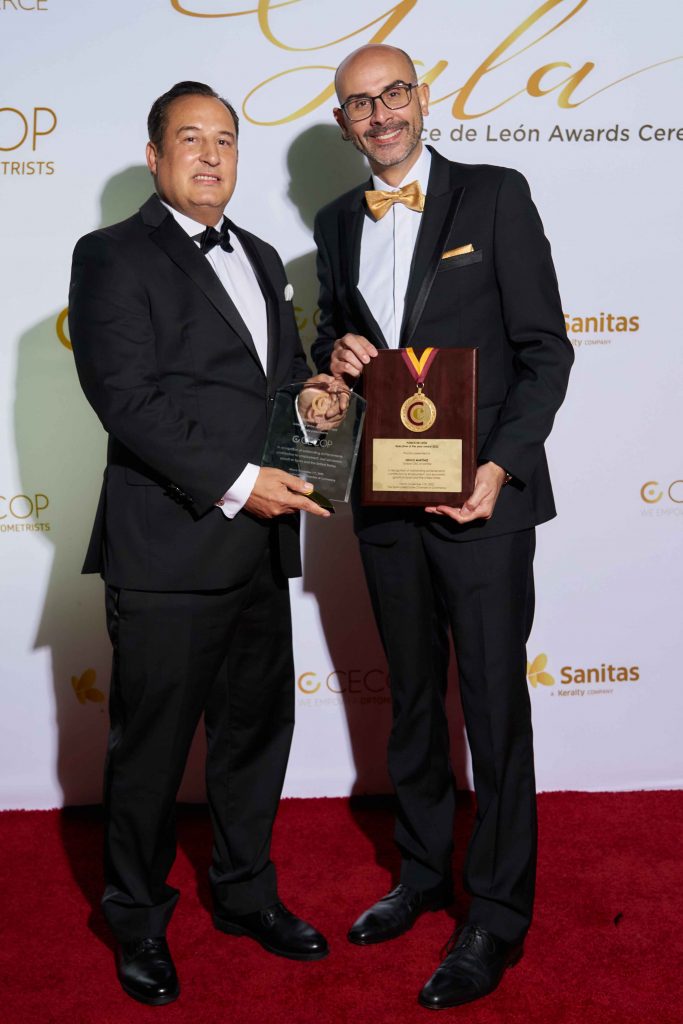 The Spain-US Chamber of Commerce in Florida is an official institution, formed as a private, nonprofit organization, which is part of FECECA, the Federation of Official Spanish Chambers of Commerce in America. It has more than 460 members, which makes it one of the main bi-national chambers in the United States. These members are companies of all sizes and sectors with a common interest, developing their business in the United States and Latin America. It is worth noting the increase of American companies that decide to join the chamber to “be part of a dynamic business community with great opportunities for collaboration,” added Estades.

He also stated that this was his last Gala as Chairman of the board, since next year he ends last term allowed by the chamber but that he expected to “end this 2022 with record in revenue, members and profit, and reminded the diversity and increased number of activities performed in the last 5 years, providing added value to the members”.

The US continues to be the world’s leading economy and the first destination for foreign direct investment by Spanish companies, with an accumulated investment of more than 85 billion euros. Its economy has shown great resilience with strong GDP growth in 2021 (5.7%), quickly recovering from the 3.4% drop suffered in 2020 by Covid-19. Likewise, the national unemployment rate is at 3.5%, well below the 14.7% it reached in April 2020.

Spanish companies in the United States directly employ more than 113,000 people. The main destination sectors have been financial services; energy (conventional and renewable), construction, and wholesale. 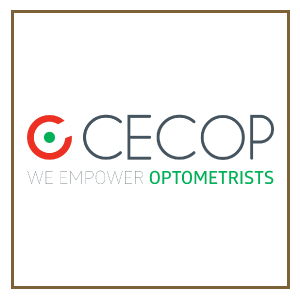 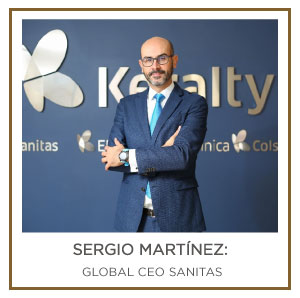 For more information, please contact Mario Fernández, head of the marketing and communication department of the Spain-US Chamber of Commerce in Florida: mc@spainchamber.org | Tel. +1 305 358 5988