COSENTINO AND JOSÉ MORO, AWARDED BY THE SPAIN-US CHAMBER OF COMMERCE IN FLORIDA.

The awards coincide with the 40th anniversary of the Spain-US Chamber of Commerce in Florida, an important milestone that symbolizes the strong ties between Spain and the United States since its conception. Javier Estades-Saez, President of the binational organization, highlights the following: “Throughout these years, the Spain-US Chamber of Commerce of Florida has been a strategic partner for companies present in various economic sectors in the United States, promoting growth and development of both countries. These awards are the recognition of the chamber to companies and executives for their contributions to the progress and their determined commitment to the American market”.

The COSENTINO group is a global family business that produces and distributes innovative high-value surfaces for the world of design and architecture. This year they also celebrate their 40th anniversary, four decades in which the group has become a world benchmark in the sector thanks to brands pioneers and leaders in their respective segments such as Silestone ®, Dekton ® or Sensa by Cosentino ®. Its commitment to the United States was very determined from the beginning and in 2005 it became the first Spanish company to broadcast an advertising during that year’s Super Bowl, the most exclusive advertising space on American television, which allowed Silestone ® to be introduced to a audience of around 100 million viewers.

The Ponce de Leon “Company of the Year” award is the Chamber’s recognition of companies whose innovation, passion and desire to grow has led them to success in the United States.

COSENTINO group currently distributes its products and brands in more than 110 countries. Headquartered in Almería (Spain), they have presence in 40 countries with more than 4,500 employees. North America accounts for 55% of the COSENTINO Group’s total sales, in this market the company has almost tripled the number of centers or warehouses, from 17 at the end of 2011 to 43 in 2020. This evolution, in terms of logistics and service excellence, has been accompanied by a steady growth in sales figures. 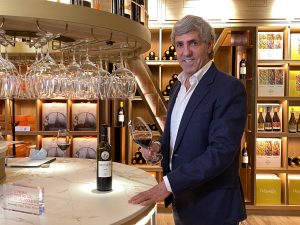 José Moro, recipient of the Ponce de León “Executive of the Year” award, was the first winemaker in history to enter the Forbes Spanish list of the 100 leading entrepreneurs in innovation. He is President of Bodegas Emilio Moro, a winery with more than 100 years of history that knows how to combine tradition with innovation in order to maintain its essence on the road to success. 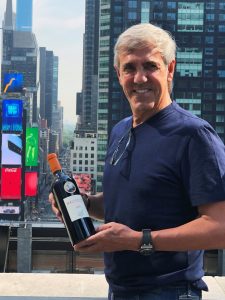 The Ponce De León award for “Executive of the Year” is the Chamber’s recognition of executives who have demonstrated how their perseverance, global vision and professional commitment have led them to become key figures for the community.

José Moro was born and raised in Pesquera de Duero, surrounded by good wine and family tradition in a childhood and youth that would mark his professional future. With effort, work and passion, he directs a project that has evolved to become one of the benchmark internationally recognized wineries in the Ribera del Duero region. For José Moro, the main contribution of his winery to the United States is “to be able to be the flag bearers of the Ribera and Spain in a country with as many possibilities as the United States, offer quality wines and open borders of Spain to the world, so that the consumer can get to know our country closely and fall in love with our people, our culture and our wines.”

Spain ranks sixth as an importer by volume in the US wine market, and in terms of value it ranks fourth in imports behind Italy, France, and New Zealand.

The Ponce de León Awards are awarded every year in the last quarter of the year and are presented within the framework of the Anniversary Gala of the Spain-US Chamber of Commerce in Florida. This year’s edition commemorating the 40th anniversary, will be postponed to 2021 due to Covid-19 restrictions, following the recommendations issued by US authorities.

The Spain-US Chamber of Commerce in Florida is a private nonprofit organization, officially organized by the government of Spain and the United States that promotes business and international relations. The Spain-US Chamber of Commerce in Florida, by its name in English, helps its members to achieve their goals, facilitating the entry and development of their business in the American market and offering international trade, consulting and marketing services. It currently has more than 500 members, serving as a link between Spain and the United States and Latin America through its various activities and services.

Any cookies that may not be particularly necessary for the website to function and is used specifically to collect user personal data via analytics, ads, other embedded contents are termed as non-necessary cookies. It is mandatory to procure user consent prior to running these cookies on your website.